Thank you to all you golfers that participated. Another great year. So many great laughs. Not only do you get to play golf but you get a free ab workout from the laughter.

You guys and gals are awesome!!! Can’t wait till next year! Enjoy the pics.

APG is a preferred installer of SGG. After the glass was shot multiple times with a high-powered rifle. Watch as one of our project managers demonstrates the durability of this industry-changing product. After the video please visit there

After a long off season the boys are back.

Some great defence in the first game from Travis at short and Sean out in left field.

We are still searching for that pitcher/ no not the one with the beer in it Jim.

After the first game didn’t go as planned Matt G. has got the boys back in shape.

They’ve worked there way up to 16oz. curls.

Ready for the second game of the season.

Is in the books.

We are in deep need of a pitcher. May have to go down to the minor leagues.

Is the Wild Thing available?

We may of lost the second game but the guys improved they just played a strong team.

The infield is starting to gel and bats are getting hot.

Don’t give up it’s early and we have a young team.

First it was NO beer on the bench, then NO metal cleats ….The next thing you know we won’t be able to barbecue in the outfield anymore.

May the 3rd game rest in peace.

We won’t talk about that game.

No evidence no photos

Well the boys brought in some help this week.

Jaysen C. at pitching and Garrett R. at 3rd base

along with a few others.

The bats were hot with 5 runs in the first inning and remained hot for the better part of the game.

Jeremy R. with a triple outstanding

Eric B.with a diving catch at the end of the game to seal it up.

APG crews are hard at work down at Bergami

Buckler and crew hard at work at Mystic 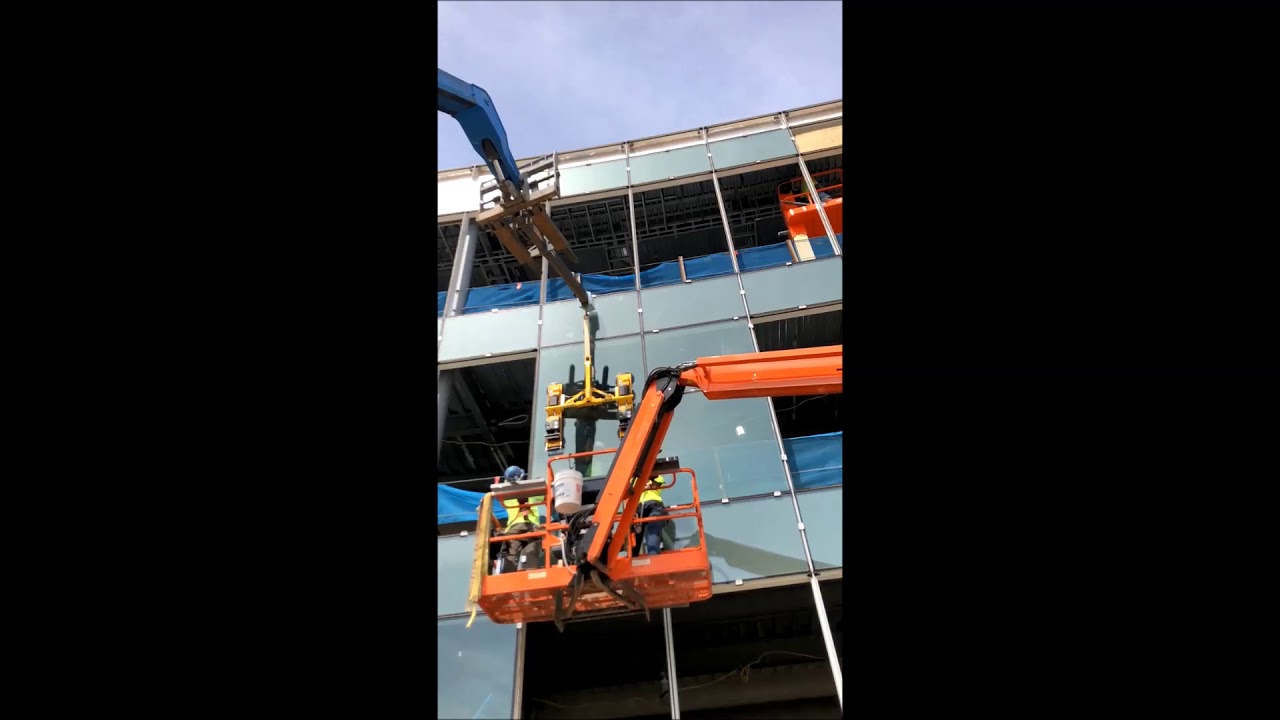 Another Great job by Mike H. (Big M) on the sunshades and interior TGP

In our continuing drive to improve our great home base.

We are paving our parking lot. This is the first phase, the final coat will be applied in the spring of 2020

Looking AWESOME!!! can’t wait for the new signs to go up.

And YES that is our very own Gary Rooke on the roof overseeing the progress.

Our field and shop guys here at APG have been given some nick names over the years. All Purpose Guys has to be the one that fits the best. Because everyone here comes from a different background. Whether you did fencing, insulation, carpentry, or for a few that were actually, raised in a glazing family. They bring that knowledge and creativity to the table every day. They just don’t connect the dots they create the dots! They spend a lot of time together at work and out of work. They are a family. They are a “Family of Fabricators”